The day started off innocently enough. I got to go on a 5 mile ruck with my dog over the south Jordan River bridge, and then to donate plasma to supplement my income. While I’m donating the machine is acting screwy until its time to return my blood cells with some saline solution; at that point it stops acting at all. This is a problem because if I lose those blood cells, I cant return for 56 days, which equals just over 400 bucks in lost income that I could have used. The last 3 times I donated the centrifuges that separate the cells from the plasma have had problems. This one took 3 hours to do what should have taken 45 minutes. So long that a clot formed in the line. After being stuck 3 times, and having 2 technicians LITERALLY fishing for a vein with the needle inside my skin, they finally found one but one of them fucked up and moved a tag from the machine on to the line that essentially shut the line, thus stopping the process. Fuckers. So now all I have to show for it is fatigue, light headed-ness, and two bruised  arms that hurt like hell.

Anyways, some pictures from my ruck: on the walk up, heading east 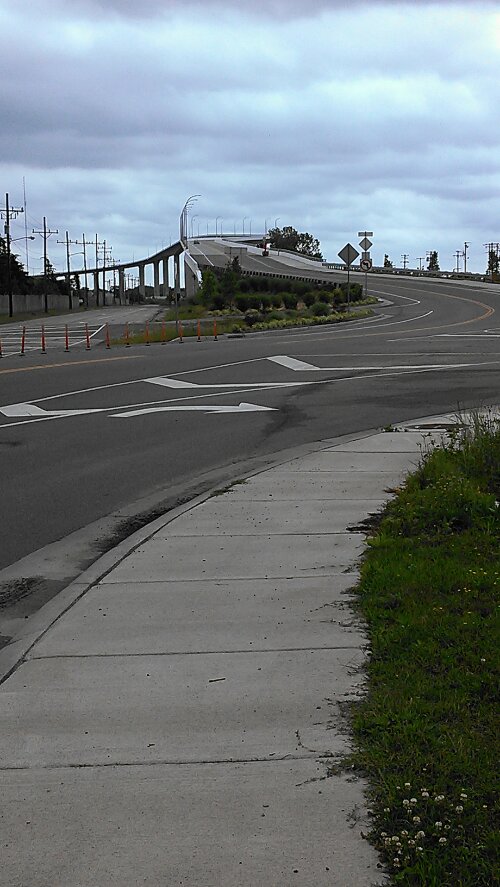 On the bridge looking south at Portsmouth 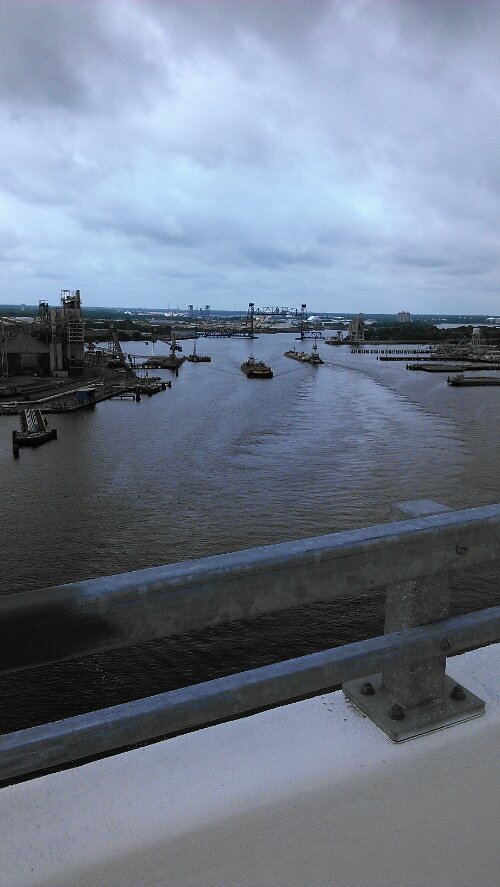 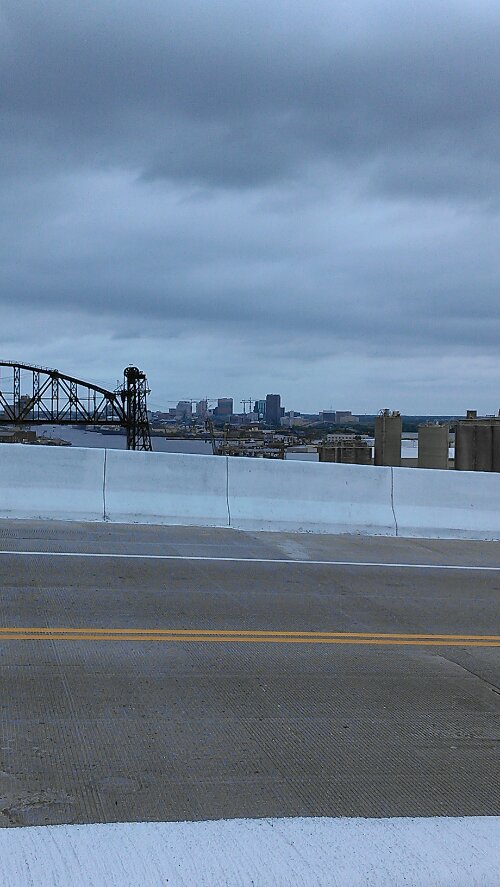 You can kinda see Virginia Beach (city) in the background behind Vanya here. 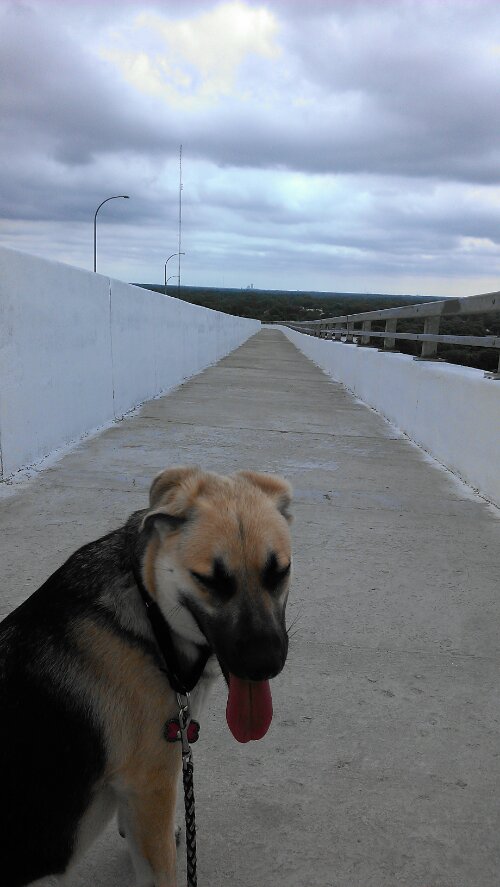 And here’s my 1911 Colt rail gun that I traded 2 pistols for. Totally worth it. Now I have 2 1911 pistols; nice standardization. 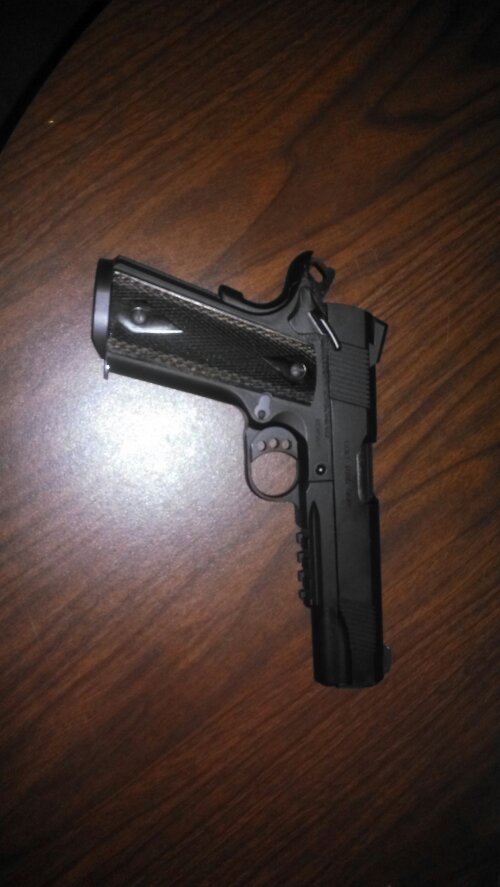